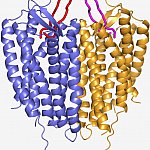 NIH-funded scientists determined the 3-dimensional structure of a protein involved in HIV infection and many forms of cancer. Using X-ray crystallography, the scientists captured snapshots of the protein, called CXCR4, bound to molecules that inhibit its activity. The images reveal how CXCR4 molecules form closely linked pairs, with inhibitors bound to their sides. The accomplishment could point to ways of locking out HIV and stalling cancer's spread. PubMed Abstract » 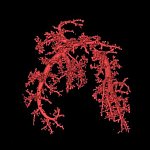 NIH-funded researchers made transplantable lung grafts for rats. The team built on recent advances in decellularization—the process of removing cells from a structure but leaving the architecture of the original tissue intact. The scientists showed that the engineered lungs functioned in the animals. They were also able to decellularize human lung segments while preserving their architecture. The study could pave the way for the development of an engineered human lung. PubMed Abstract » 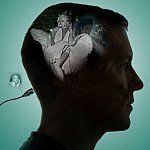 Controlling Computers with Your Mind

A brain-computer interface let people control pictures on a computer screen by activating just a few brain cells. NIH-funded scientists monitored brain cell activity via wires that sent information from patients’ brains to a computer. In a simple computer game, participants were able to use their thoughts to control the images on the monitor nearly 70% of the time. The findings shed light on how single brain cells contribute to attention and conscious thought. PubMed Abstract » 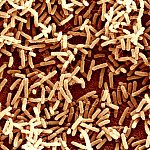 An NIH-funded study suggested that gut microbes, along with part of the immune system, may contribute to metabolic syndrome. Mice lacking an important immune receptor grew heavier than control mice and developed several features of metabolic syndrome. When gut microbes from these mice were transplanted into control mice, the recipient mice overate, became obese and diabetic. The next step will be to explore how gut microbes affect people's eating behavior. PubMed Abstract » 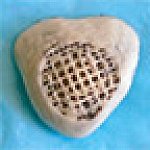 NIH-supported scientists developed a technique to regenerate damaged leg joints in rabbits. The researchers created porous scaffolds in the shape of leg bone tips and added a gel to aid cartilage development. By 3 to 4 weeks after surgery, the rabbits could move around almost as well as normal rabbits. Within 4 months, both bone and cartilage had regenerated. The accomplishment could point the way toward joint renewal in humans. PubMed Abstract » 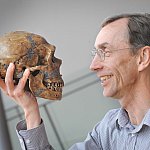 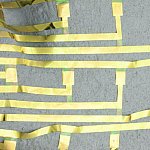 NIH-funded scientists developed ultrathin flexible implants made with a silk base that dissolves once it makes contact with the brain, allowing the electrode array to collapse into the brain’s grooves and stretch over its rounded surfaces. The ultrathin implants can record brain activity more faithfully than thicker implants. The new technology allows for closer interaction between machines and living tissue, paving the way for more advanced implantable devices. PubMed Abstract » 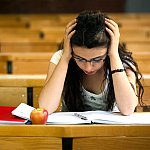 Researchers found that chronic exposure to a stress hormone altered DNA in the brains of mice, prompting changes in gene expression. NIH-supported scientists found that giving mice a stress hormone caused epigenetic modifications—changes to DNA that don’t alter sequences but influence gene expression—to a gene that has been tied to posttraumatic stress disorder and mood disorders in people. The finding provides clues into how stress might affect behavior. PubMed Abstract »