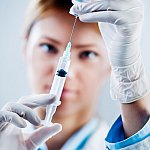 Progress on a Universal Flu Vaccine

NIH researchers developed a method to generate antibodies that attack a diverse array of influenza viruses in animals. The success moves scientists closer to a universal flu vaccine—one that protects against multiple viral strains for several years. After receiving a vaccine that targets a particular viral protein, followed by a booster shot, animals produced broadly neutralizing antibodies. Most were protected from death after exposure to the deadly 1934 flu virus. PubMed Abstract » 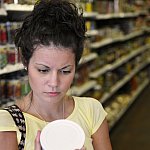 The Health Benefits of Cutting Salt

A computer model of heart disease in U.S. adults suggested that reducing salt intake by 3 grams per day could cut the number of new cases of coronary heart disease each year by as many as 120,000, stroke by 66,000 and heart attack by nearly 100,000. It could also prevent up to 92,000 deaths and save up to $24 billion in health care costs a year, the NIH-funded researchers estimated. PubMed Abstract » 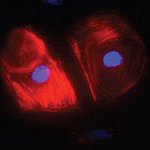 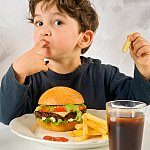 Where Kids Get Their Empty Calories

Nearly 40% of the energy consumed by 2- to 18-year-olds comes in the form of "empty" calories, according to a study by NIH scientists. Half of those empty calories come from the solid fats and added sugars in just 6 sources: soda, fruit drinks, dairy desserts, grain desserts, pizza and whole milk. Experts recommend that kids limit their intake of empty calories to 20% or less of their total calories. PubMed Abstract » 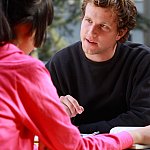 NIH researchers and their colleagues identified 3 genes as a source of stuttering—the first time specific mutations have been tied to this speech disorder. Nearly 10% of people who stutter may have mutations in 1 of the 3 genes. The study of volunteers from 3 countries found that the genes may be linked to a glitch in cell metabolism, which could point to new approaches for treatment. PubMed Abstract » 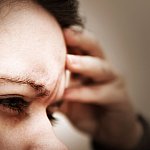 An NIH-funded study of blind patients showed how light might intensify headache pain. Light exposure worsened migraine pain in blind patients who couldn’t perceive images but whose eyes could detect some light, even if they weren’t aware of it. Light had no effect on migraine patients who were totally blind. The finding, which suggests that light-sensing, non-image-forming eye cells may help trigger migraines, could lead to new approaches for calming light-induced headaches. PubMed Abstract » 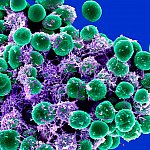 NIH scientists identified a protein that helps bacteria break away from medical devices like catheters and spread throughout the body. By treating mice with antibodies that block the protein, the researchers prevented the bacterium Staphylococcus epidermidis from spreading from a catheter to most other organs. The finding gives insight into how complex bacterial communities called biofilms cause disease and opens up new avenues for curbing biofilm-related infections. PubMed Abstract » 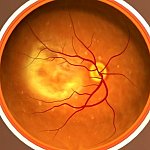 By analyzing the genomes of more than 18,000 people, NIH-funded scientists identified 3 new genes associated with the blinding eye disease age-related macular degeneration (AMD). Two of the genes are involved in the cholesterol pathway—a formerly unknown biological mechanism for AMD disease development. The finding raises the possibility that new treatment or prevention approaches might target these genes or pathways. PubMed Abstract »