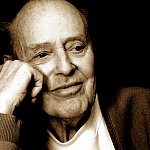 Levels of 2 proteins in cerebrospinal fluid might be used to identify people with Alzheimer's disease before they show clinical symptoms. A distinct Alzheimer's signature—reduced levels of a specific beta-amyloid protein and increased levels of a phosphorylated tau protein—was found in 90% of Alzheimer's patients and 72% of people with mild cognitive impairment. The NIH-funded finding could open new opportunities for developing Alzheimer’s therapies. Pubmed Abstract » 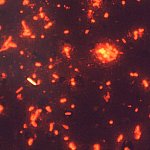 An automated test, developed with NIH support, rapidly and accurately detected tuberculosis and drug-resistant TB bacteria. In a study of 1,730 patients, the test identified 98% of all confirmed TB cases in less than 2 hours and up to 90% of TB cases that were missed by a more common diagnostic method. The finding could pave the way for earlier diagnosis and more targeted treatment of this sometimes-deadly disease. Pubmed Abstract » 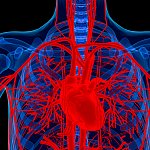 Clopidogrel, a widely prescribed anti-clotting drug, was known to be less effective for heart patients with 2 copies of a variant gene, or up to 4% of the population. An NIH-funded study showed that patients with just 1 variant—another 26% of the population—may also be at risk. The finding advances our understanding of how to tailor medications based on genetic makeup. Pubmed Abstract » 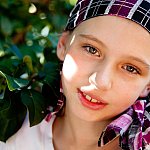 A new antibody-based therapy prompted an immune system attack on tumor cells and significantly improved the survival rates of children with neuroblastoma, a deadly nervous system cancer. In an NIH-funded of 226 children with neuroblastoma, the new immunotherapy plus standard therapy raised the survival rate to 66%, compared to 46% for those receiving standard therapy. The study was stopped early because of the positive results. Pubmed Abstract » 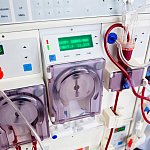 Kidney patients can fare better on an almost-daily hemodialysis regimen than on the standard 3-times-a-week plan, according to an NIH-funded study. More frequent dialysis led to improved heart health and blood pressure, better control of blood phosphate levels, and better overall health. The finding suggests that simple changes to current treatments might benefit the nearly 400,000 Americans who depend on dialysis to survive. Pubmed Abstract » 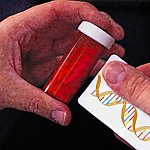 By evaluating the entire genome of a 40-year-old man, scientists pinpointed gene variants linked to cardiovascular disease and several other conditions in the man’s family, as well as diseases not known to be in his family. Some variants predicted the man’s likely responses to common medications, including certain heart medications. This NIH-funded study provides a glimpse into how whole-genome sequencing might one day be used in the clinic. Pubmed Abstract » 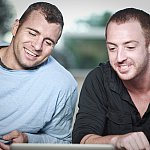 A pill that's currently used to treat HIV infection can also greatly reduce the risk of acquiring HIV among at-risk men, according to an NIH-funded study. The clinical trial enrolled nearly 2,500 men who have sex with men. Men who received a daily antiretroviral tablet were 44% less likely to acquire HIV infection during the study than those receiving placebo pills. The finding represents a major advance toward HIV prevention. Pubmed Abstract » 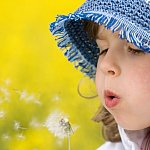 Most children who have trouble controlling their asthma with low-dose inhaled corticosteroids show improvement by increasing the dose or adding another medication, an NIH-funded study reported. However, the best option differed for each child. The clinical study of over 150 children identified characteristics, such as ethnicity, that raise the likelihood of one treatment working better than another. The finding highlights the need for a personalized approach to treating pediatric asthma. Pubmed Abstract »