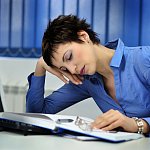 A new study gave insight into the roots of sleepiness. When NIH-funded researchers deprived rats of sleep, they caught neurons in the thinking part of the animals' brains taking catnaps. The longer the rats were awake, the more neurons they saw having brief “off” periods, which was linked to more difficulty touching a target. The study suggests that lowered performance in tired people might be due to neurons nodding off. PubMed Abstract » 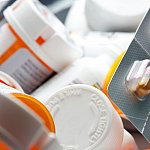 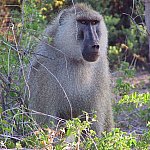 The Benefits of Being a Beta Male

In male baboons, higher social rank generally brings lower stress. But a 9-year NIH-funded study of 125 baboons found an exception: the highest-ranked males had higher stress levels than second-ranking males. The researchers found that the top-ranked males spent significantly more energy guarding fertile females and behaving aggressively toward other males. The finding suggests that life at the very top can be more costly than previously thought. PubMed Abstract » 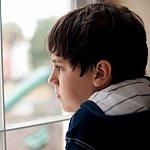 An analysis of gene expression in the brain suggested that autism blurs the molecular differences that normally distinguish different brain regions. In an NIH-funded study, researchers found that of the hundreds of genes expressed at different levels between the frontal and temporal cortexes in normal brains, only 8 genes were expressed differentially in brains from people with autism. The finding may point to a common molecular basis for autism spectrum disorders. PubMed Abstract » 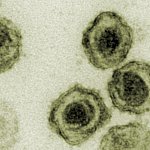 The retrovirus previously tied to prostate cancer and chronic fatigue syndrome is unlikely to be responsible for either, according to an NIH study. Scientists found that the original patients and early patient tissue samples didn’t contain XMRV, while later samples grown in the lab did carry the virus. The link to human disease was apparently due to contamination of samples while the tissues were grown in mice. PubMed Abstract » 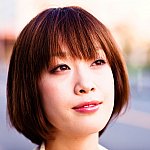 Gene Linked to Optimism and Self-Esteem

Why can some people weather difficult times with little trouble while others crumble? An NIH-funded study suggested that the answer lies—at least in part—in your genes. Scientists found that people with 1 or 2 copies of a variant OXTR gene were less optimistic, had lower self-esteem and felt less control over their environment than those with 2 copies of a different variant. The gene is likely one of many that affect psychological resilience. PubMed Abstract » 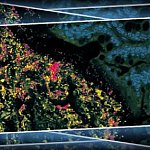 Scientists discovered how a common gut bacterium sends a “do not attack” signal to the immune system. Using mice with only one type of microbe in their intestines, the NIH-funded researchers found that a friendly gut bacterium uses a molecule called Polysaccharide A to activate certain cells in the mouse intestine. Those cells then turn down the immune response. The finding helps explain how our bodies distinguish between harmful microbes and those essential for health. PubMed Abstract » 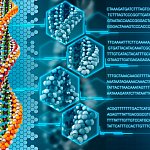 A massive NIH-supported effort to sequence and compare 29 mammalian genomes shed new light on the “dark matter” of the genome, the over 98% of DNA that doesn't code for proteins. Scientists found that 5% of the genome is more similar than expected, or “constrained” by evolution. The study revealed previously undiscovered DNA segments that code for RNA and protein, and millions of other elements that may control gene expression. PubMed Abstract »