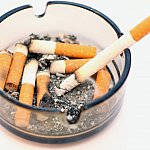 Why Nicotine is a Gateway Drug

An NIH-funded study in mice showed how tobacco products may act as gateway drugs, opening the door for cocaine use. Researchers found that mice given nicotine for 7 days had specific changes in the brain that also occur with cocaine addiction. Mice with these changes had stronger reactions to subsequent cocaine use. The finding hints that lowering smoking rates might help reduce cocaine abuse. PubMed Abstract » 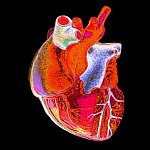 A new type of test that detects “foreign” DNA in a patient's bloodstream may provide early clues to organ rejection. Using blood samples from 17 heart transplant recipients, NIH-funded researchers found that the test could identify increases in the amount of free-floating transplant DNA during rejection episodes even before a standard biopsy test indicated rejection. This technique could offer an alternative to the expensive and invasive biopsies now used to detect transplant failure. PubMed Abstract » 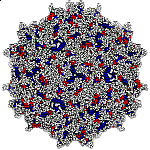 Antibodies Protect Against HIV in Mice

Researchers devised a technique in mice that, with a single injection, protects the immune cells that HIV targets. NIH-funded scientists created a virus that expresses high levels of an HIV-neutralizing antibody. When injected into the muscles of special mice carrying human T-cells, the virus produced antibodies that prevented HIV from infecting the T-cells. With further development, the approach may one day prove effective at protecting people from HIV infection. PubMed Abstract »

New NIH research suggests that Parkin, a protein linked to some cases of early-onset Parkinson's disease, regulates how cells in our bodies take up and process dietary fats. Mice lacking the Parkin gene didn't gain weight, even with age or a high-fat diet. These mice had lower levels of certain fat-transport proteins, which might affect the health of highly active neurons. Blood cells from patients enrolled at the NIH Parkinson's Clinic showed a similar pattern. PubMed Abstract » 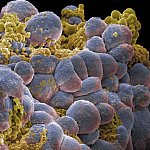 NIH scientists developed a noninvasive technique that uses light to wipe out cancerous cells in mice without harming surrounding tissue. The researchers coupled a near-infrared fluorescent dye to cancer-specific antibodies. In mice, the antibodies bound to tumors. Near-infrared light, which can pass through an inch of tissue, then activated the dye and killed the cancer cells. This novel method might eventually be used to treat tumors in humans. PubMed Abstract » 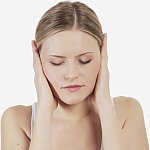 Tinnitus Cure May Lie in the Brain

Scientists were able to eliminate tinnitus—a persistent ringing in the ears—in rats. Rats with noise-damaged hearing display tinnitus-like symptoms. NIH-funded researchers used nerve stimulation, paired with a series of tones above and below the pitch of the tinnitus ringing, to retrain the rats’ brains. After the treatment, the rats no longer showed any tinnitus symptoms, suggesting that the ringing in their ears was permanently gone. The finding gives hope for a future tinnitus cure in humans. PubMed Abstract » 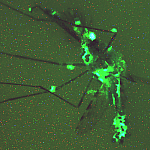 A genetically engineered fungus could help prevent malaria transmission. NIH-funded researchers modified a naturally occurring fungus to kill the malaria parasite inside infected mosquitoes. The modified fungus significantly reduced both the number of infected mosquitoes and the number of parasites in each mosquito still infected, but didn’t kill the mosquitoes themselves. The advance might offer a new line of defense for combating a disease that affects nearly 300 million people worldwide. PubMed Abstract » 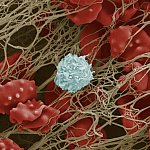