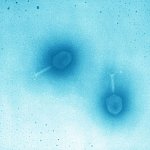 NIH-funded scientists designed a way to target and destroy specific DNA sequences in microbes, thus removing harmful bacterial genes. The team took advantage of a system called the CRISPR-Cas immune system, which bacteria use to protect themselves against invaders. The researchers modified the system to target genetic sequences associated with bacterial virulence or antibiotic resistance. The approach could be used to develop therapies against pathogenic bacteria, including those resistant to multiple antibiotics. 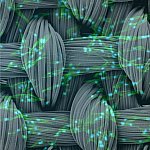 Replacing cartilage lost in conditions such as osteoarthritis is a major goal in tissue engineering. Researchers supported by NIH developed a 3-D scaffold that guides the development of stem cells into specialized cartilage-producing cells. The approach could allow for the creation of orthopedic implants to replace cartilage, bone, and other tissues. Such implants could restore function immediately and allow development of natural tissue replacement. 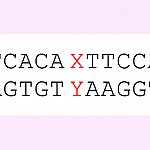 Synthetic biology aims to redesign natural biological systems for new purposes. Scientists funded by NIH created the first living organism that can grow and reproduce using DNA base pairs that aren’t found in nature. The achievement is a major step toward retooling nature to create novel therapeutics and nanomaterials. 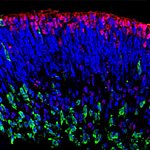 Researchers supported by NIH induced human stem cells to form cup-like 3-D structures in a sequence of events that mimicked what occurs in the retina during human development. The structures developed layers containing all the major cell types normally found in the retina. The 3-D retina structure also responded to light. The finding may aid the study of eye diseases and potential new therapies. 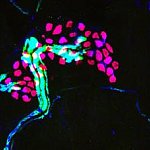 The molecular mechanisms of how cells sense mechanical forces and send nerve signals to the brain are poorly understood. Two NIH-funded research teams revealed how cells in skin detect fine detail and texture. The findings may help scientists understand how aging and certain diseases can reduce our ability to sense touch. They could also lead to new approaches to restore the sense of touch. 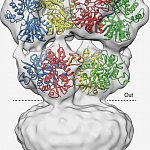 NIH scientists determined the structure and movement of the glutamate receptor, a protein in nerve cells involved in learning and memory. Problems with glutamate receptor function are thought to play a role in many disorders, including autism, schizophrenia, depression, Parkinson’s disease, and some types of cancer. The finding provides a better understanding of how the receptor works and may aid in the development of therapies that target the receptor. 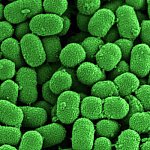 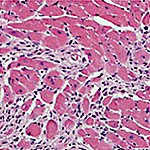 The heart of a newborn has a much greater capacity for repair than that of an adult. A team of NIH-funded scientists thought this might be due to different populations of macrophages, a type of immune cell found in tissues such as the heart. The researchers discovered that the hearts of mice have distinct macrophages that play a key role in recovery from damage. The findings suggest that potential treatment strategies for heart failure might target macrophages.