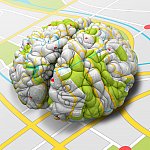 An Atlas of the Developing Human Brain

The structure and function of the human brain is guided by gene expression patterns during prenatal development. NIH-supported scientists detailed the first comprehensive 3-D atlas of gene expression in the developing human brain. The resource will help reveal the early roots of brain-based disorders such as autism and schizophrenia. 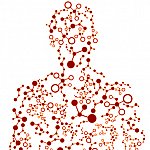 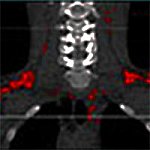 Humans have several types of fat. White fat stores extra energy. Brown fat burns chemical energy to create heat and help maintain body temperature. NIH-funded researchers found that men exposed overnight to a cool temperature in a carefully controlled environment for a month had an increase in brown fat with corresponding changes in metabolism. The finding hints at ways to alter the body’s energy balance to treat conditions such as obesity and diabetes. 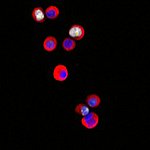 Cells shed from tumors enter the bloodstream in very low numbers and circulate through the body. These cells can take root elsewhere, causing the spread of the cancer to other organs. Scientists supported by NIH used a novel microchip-based method to isolate and grow tumor cells circulating in blood. The technique provides an opportunity to test treatments on tumor cells, an important step toward personalizing cancer therapy. 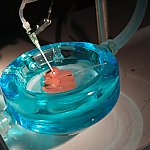 Liver transplantation is the only available treatment for severe liver failure. Livers can currently be preserved outside the body for up to 24 hours. NIH-funded scientists were able to increase the time that rat livers can remain viable outside the body to several days. If the approach succeeds in humans, it could aid organ transplant efforts. 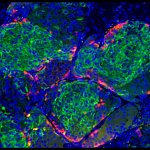 Diabetes is a disorder in the use of glucose, a sugar that serves as fuel for the body. One strategy to treat diabetes is to replace the damaged cells that normally make insulin, which triggers cells to take up sugar from the blood. NIH-supported researchers designed a protocol to transform human stem cells into beta cells that produce insulin and respond to glucose. The finding could lead to new stem cell-based therapies to treat diabetes. 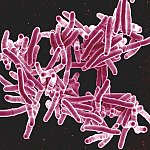 Development of Antibiotics to Treat Tuberculosis

Tuberculosis (TB) is a contagious disease caused by infection with Mycobacterium tuberculosis bacteria. It's a leading cause of disability worldwide and results in 1.3 million deaths per year. An international team of NIH-funded researchers designed and tested a class of new antibiotics to treat TB. The work represents an initial step in developing therapies to combat drug-resistant forms of the disease. 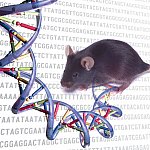 Researchers often turn to model organisms in order to understand the complex molecular mechanisms of genome function. By analyzing the genomes of humans, flies, and worms, NIH-funded scientists uncovered many common, key features. The findings offer insights into embryonic development, gene regulation, and other biological processes that are vital to human biology and disease. The mouse in particular has long been used to gain insights into gene function, disease, and drug development. An international group of researchers funded by NIH gained insights into how similarities and differences between mice and people arise from their genomes. The findings will help scientists better understand how and when mouse models can best be used to study human biology and disease.