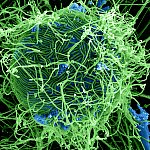 The 2014 Ebola outbreak in West Africa is the largest such outbreak in history. More than 17,000 cases and 6,000 deaths have been reported. NIH-funded scientists used genomic sequencing technologies to identify the origin and track transmission of the Ebola virus in the current outbreak. Other NIH-funded researchers used computer model projections to provide insight into the dynamics of the outbreak. NIH has also intensified efforts to develop a protective vaccine. The vaccine was tested at the NIH Clinical Center, which also provided state-of-the-art care to a nurse who had contracted the Ebola virus.

20140414 - Voluntary training with spinal stimulation. Video courtesy of the University of Louisville. 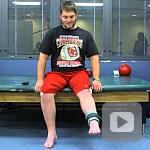 Four young men paralyzed below the chest because of spinal cord injuries were able to regain control of some movement after receiving an experimental spinal stimulation therapy from a team of NIH-funded researchers. If confirmed in larger studies, this type of treatment may one day improve outcomes for people living with paralysis. 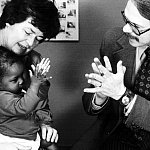 An early childhood program (birth through age 5) has been shown to bring higher academic achievement and career benefits later in life. According to a follow-up NIH-funded study, it can also help prevent disease. By their mid-30s, those who’d participated in the program—especially males—had significantly fewer risk factors for cardiovascular and metabolic diseases compared to a control group. 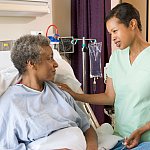 Patient deaths in hospitals might be reduced by easing nurses’ workloads and emphasizing education in hiring, an NIH-funded study suggested. Researchers estimated that each additional patient in a nurse’s workload increased the likelihood of a patient dying. An increase in nurses with bachelor’s degrees lowered the likelihood of patient death. These findings can help administrators make informed staffing decisions. 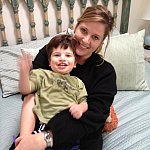 In 2 NIH-supported studies, a fast, powerful technique called whole-exome sequencing provided a molecular diagnosis for about 1 in 4 people suspected of having a genetic disorder. Whole-exome sequencing focuses only on the DNA in the 1% of the human genome that codes for proteins, in contrast to the whole genome. The new tool may help doctors pinpoint the underlying causes of many rare and hard-to-diagnose genetic conditions. 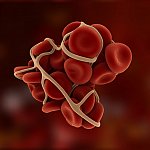 Hemophilia is a rare bleeding disorder in which blood doesn’t clot normally. The primary treatment for people with severe hemophilia B is frequent injections of factor IX, a protein that helps blood clot, for a lifetime. An experimental gene therapy with the human factor IX gene improved symptoms for as long as 4 years in men with severe hemophilia. The NIH-funded study shows the potential for gene therapy as a safe, effective approach. 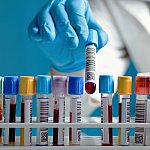 Many experts believe that successful treatment of Alzheimer’s disease will depend on early intervention before symptoms appear, but there isn’t yet any sure way to detect that stage. NIH-funded researchers identified a set of 10 compounds in the blood that might be used to distinguish older adults at risk for developing memory deficits or Alzheimer’s disease. More research is needed to confirm the findings, but the study suggests one possible approach. 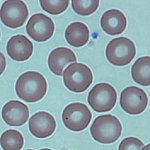 There is no widely available cure for the inherited blood disorder sickle cell disease. Some children have been successfully treated with blood stem cell, or bone marrow, transplants. This approach was thought to be too toxic for adults. NIH researchers successfully treated adults with severe sickle cell disease using a modified stem cell transplant approach that doesn’t require extensive immune-suppressing drugs. Further follow-up and testing will be needed to assess the therapy.