With NIH support, scientists across the United States and the world conduct wide-ranging research to improve the health of our nation. Groundbreaking NIH-funded research often receives top scientific honors. In 2017, these included 4 NIH-supported Nobel Prize winners and 2 NIH-funded recipients of top awards from the Lasker Foundation. Here’s just a small sampling of the research accomplishments made by NIH-supported scientists in 2017. For more health and medical research findings from NIH, visit NIH Research Matters. 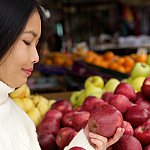 Of hundreds of thousands of deaths studied from heart disease, stroke, and type 2 diabetes, nearly half were associated with eating habits: low consumption of foods widely considered vital for health and overconsumption of other foods that are not. Experts attribute recent reductions in the annual death rate from these diseases to improvements in dietary choices. 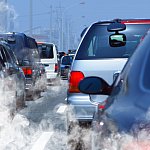 Outdoor air pollution is associated with heart attacks, strokes, and cancers. Researchers found that particles in exhaust from cars and trucks can cause epigenetic changes—alterations that affect how genes are switched on and off without changing the DNA sequence itself. These changes weren’t seen when people were given a daily B vitamin supplement before exposure to the particles. The findings could help guide the development of future prevention therapies. 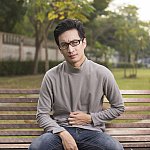 Digestive problems can arise when the balance of microbes in the gut become out of whack. People with Crohn’s diseases and other inflammatory bowel diseases tend to have an imbalance in their microbial populations. Researchers found a role for the bacterial enzyme urease in the development of microbial population imbalance and inflammatory bowel disease. Future treatments that target urease could be helpful for restoring balance. 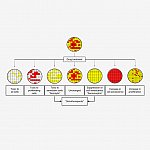 Drugs that remove senescent cells, which no longer divide, from the body have prolonged the healthy lifespan of lab animals. Scientists devised a method to identify different classes of compounds with the potential for eliminating senescent cells. One novel class of drug delayed several age-related symptoms in mice. Eliminating senescent cells might one day extend healthy lifespan in people, but these drugs will require careful study to discover any undesirable side effects. 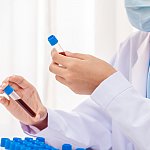 Prion diseases are a group of rare, fatal brain diseases that affect animals and humans. They’re caused by normally harmless proteins that become abnormal and form clumps in the brain. An easy, noninvasive prion detection method is needed because prion carriers who haven’t yet developed symptoms may unwittingly transmit prions to others when they donate blood. Researchers developed a new method that accurately detects prions in blood. Another team detected prions in skin samples. 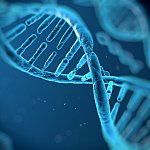 CRISPR is a gene-editing technique known for its ability to replace faulty genes, but it also has potential for diagnostics. Scientists reported that they’ve developed a CRISPR-based tool that can detect tiny amounts of Zika and Dengue virus, distinguish pathogenic bacteria, and identify tiny DNA variations. The components of the system can be freeze-dried and reconstituted on paper for field applications, opening the door to many practical uses. 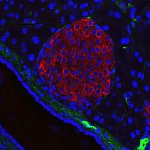 Receiving an organ from a donor can save a patient’s life, but sometimes the patient’s immune system will attack and destroy the donated organ. If doctors could detect organ rejection early on, they could adjust treatments and help reduce organ damage. Researchers showed that certain biomarkers released by the donor organs might be used to detect transplant injury earlier than current techniques. 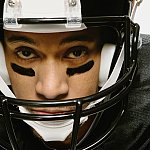 After athletes are sidelined by a concussion, they need time to recover or they risk long-term problems like headaches and dizziness. Investigators are developing a blood test that measures the level of a brain injury marker to help determine which injuries need longer recovery times.