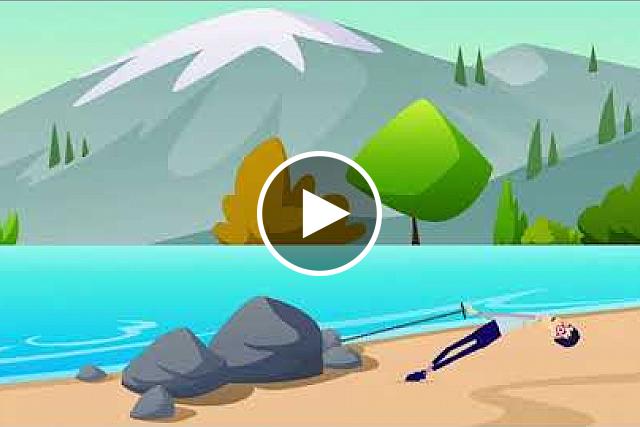 Researchers explain their system for creating a synthetic film to coat the surface of the small intestine. Giancarlo Traverso

The small intestine is the longest part of the gastrointestinal, or GI, tract. It is the main site where nutrients from food and most oral medications are absorbed.

The intestines are lined with a layer of cells called the epithelium. This lining helps absorb nutrients, water, and electrolytes. It also prevents bacteria, viruses, and other harmful materials from passing into the rest of the body. Problems with the epithelial barrier contribute to a range of disorders including Crohn’s disease, irritable bowel syndrome (IBS), and celiac disease.

Many medications are broken down by stomach acid before reaching the small intestine. Putting an enteric coating on pills helps protect them. However, the effectiveness of enteric coating can vary based on conditions in the GI tract. Delivering oral drugs directly to the small intestine and having them remain there for longer would improve absorption and require fewer doses.

A team led by Dr. Giovanni Traverso of MIT and Brigham and Women’s Hospital set out to develop a biofilm that would target the small intestine. The work was funded in part by NIH’s National Institute of Biomedical Imaging and Bioengineering (NIBIB). Findings appeared in Science Translational Medicine on August 26, 2020.

The team tested this method on lengths of pig and human intestine and then in living pigs. The solution formed a polymeric film on the surface of the intestines. The researchers call this uniform coating a gastrointestinal synthetic epithelial lining (GSEL).

They tested the GSEL system in three clinical scenarios: treating lactose intolerance, regulating blood glucose, and delivering drugs. First, they tested whether lactase, the enzyme that helps break down lactose, could be more effective using the GSEL system. The approach enhanced the breakdown of lactose 20 times over the baseline in the small intestine of pigs.

They then tested whether they could create an impermeable barrier to regulate nutrient absorption. They were able to form a barrier in the intestine to help reduce the absorption of glucose. This suggests that GSEL may have potential for treating type 2 diabetes and obesity.

Finally, the researchers showed that the system could help deliver medications more effectively by having the drug remain on the surface of the intestine for a longer period of time. They tested praziquantel, which is used to treat parasites. The team was able to reduce dosing in pigs from three times a day to once a day.

Tests in pigs and rats raised no safety concerns. GSEL is temporary and sloughs off after about a day without causing obstruction. More safety tests are needed as researchers continue to refine the approach.

“Developing the film opens up opportunities in drug delivery, as well as modulation of nutrient absorption,” Traverso says. “You can make it easier to digest foods or you can actually make it harder to absorb foods or nutrients, depending on the application.”