These MRI images show an ischemic stroke as it is happening and as it recovers. One hour after the onset of stroke symptoms, a region of brain is starved of blood because of clot in an artery and injured cells within the region light up on the stroke MRI. After the clot is dissolved by clot-busting drugs and blood returns to nourish the deprived brain region much of the injured brain recovers.NINDS

Researchers at the National Institute of Neurological Disorders and Stroke (NINDS) have found that magnetic resonance imaging (MRI) can provide a more sensitive diagnosis than computed tomography (CT) for the most common type of stroke, called ischemic stroke.

The researchers studied more than 350 patients who arrived in the emergency room with suspected strokes to determine whether MRI or CT was better for rapid diagnosis. Doctors face an urgent need to swiftly distinguish between acute ischemic stroke, which is caused by clots in blood vessels, and hemorrhagic stroke, which is caused by bleeding into the brain, because the two types of stroke are treated in very different ways.

Standard CT uses X-rays which are passed through the body at different angles and processed by a computer as cross-sectional images, or slices of the internal structure of the body or organ. Standard MRI uses computer-generated radio waves and a powerful magnet to produce detailed slices or three-dimensional images of body structures and nerves. A contrast dye may be used in both imaging techniques to enhance visibility of certain areas or tissues. 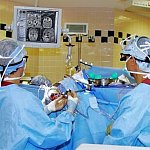 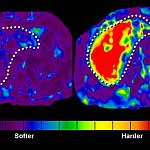 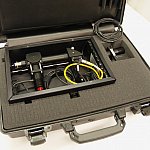 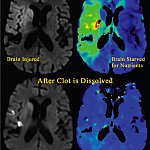 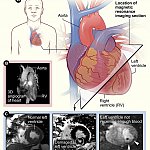