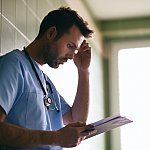 Every day, more than 100 people nationwide die from an overdose of opioids, including prescription opioids such as oxycodone and fentanyl. Two recent studies highlighted very different strategies to help prevent overdose. One showed that certain medications reduced the risk of death by about half for people who’d previously had a non-fatal opioid overdose. But less than a third who’d had a non-fatal opioid overdose received them. A separate study showed that notifying a clinician that one of their patients had died of an opioid overdose reduced the number and doses of opioid medications later prescribed. 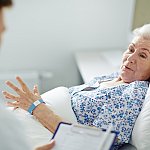 An ischemic stroke occurs when blood vessels that supply the brain become blocked. Doctors can try to protect the brain from permanent damage by physically removing the blockage with a procedure called a thrombectomy. This approach was previously approved for use up to six hours after a stroke. A multi-site clinical trial showed that brain imaging was able to identify certain people who could benefit from a thrombectomy for up to 16 hours after a stroke. Based in part on this finding, experts issued new treatment guidelines so that more lives could be saved. 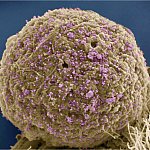 Since the 1990s, people with HIV, the virus that causes AIDS, have taken combinations of drugs called antiretroviral therapy (ART) to prevent the virus from multiplying. However, researchers have been looking for treatments that can last longer and cause fewer side effects. In an early phase clinical trial, a combination of two antibodies suppressed blood levels of HIV for months after treatment in some people. With further improvement and testing, long-acting antibody combinations may become an alternative to daily drugs. 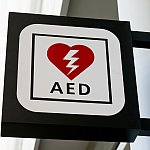 Experts estimate that each year more than 18,000 Americans have a cardiac arrest in public near witnesses who could potentially administer immediate treatment. A study found that people are more likely to survive a cardiac arrest if a bystander uses an automated external defibrillator while waiting for emergency medical services. The analysis suggests that each year bystanders saved about 1,700 additional lives by using these devices. 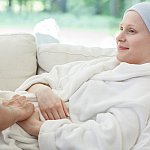 Antibiotics can kill both harmful and helpful bacteria in the digestive tract. That can make people more vulnerable to infections after treatment. Researchers found that they could use a fecal transplant to return beneficial bacteria to people with cancer who received antibiotics for stem cell transplant procedures. The study showed that a person’s own gut bacteria can be used to quickly restore a healthy microbiome following intensive antibiotic treatment. 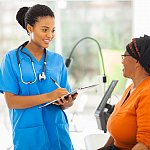 Factors contributing to higher incidence of diabetes for black Americans

Black adults in the United States are nearly twice as likely as white adults to develop type 2 diabetes. A study found that biological risk factors—including excess weight and too much belly fat—are primarily responsible for higher rates of diabetes for black Americans. The results suggest that making positive changes in known risk factors, like losing excess weight, can help reduce this racial health disparity. 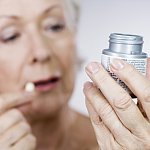 Studies have found that aspirin can help some people prevent a second heart attack or stroke. Aspirin may also help prevent a first heart attack or stroke in people who are at high risk for these conditions. For healthy older adults, however, a large clinical trial found that a daily low-dose aspirin doesn’t prolong life or help prevent heart disease, physical disability, dementia, or stroke. 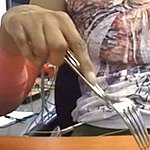