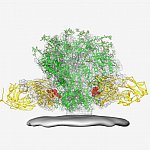 Researchers haven’t been able to create an effective HIV vaccine, in part because there are many different strains of the virus. NIH scientists have been developing a vaccine to target a part of the virus that’s thought to be similar across most HIV strains. When tested in animals, this vaccine prompted the immune system to form antibodies that could neutralize dozens of HIV strains. A small study of the test vaccine in people is expected to begin in late 2019. 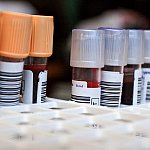 Cancer treatment is more likely to be successful when the disease is detected early. Researchers have been working to develop tests that detect bits of tumor material in blood, urine, or saliva. One team developed a blood test that can detect signs of eight common solid tumors. With further development, this type of test could allow for earlier detection and treatment of several types of cancer. 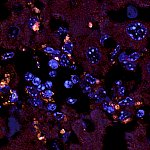 Scientists found evidence that a certain gut microbe can trigger autoimmune disease in mice that are prone to such disease. The bacteria crossed the gut barrier and moved into the lymph nodes and liver to provoke an autoimmune response. The researchers found the same microbe in liver biopsies from people with autoimmune diseases, but not from healthy liver transplant donors. The results suggest new avenues for treating debilitating and potentially lethal autoimmune diseases. 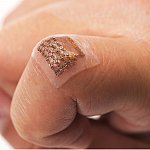 High blood pressure, or hypertension—a condition that can lead to heart attack, stroke, kidney disease, and other health problems—usually doesn’t cause warning symptoms, so many people don’t know they have it. A blood pressure test is the only way to detect it. Researchers are engineering a blood pressure sensor that uses ultrasound technology within a flexible skin patch. After further development and testing, the technology may eventually replace other methods of monitoring blood pressure. 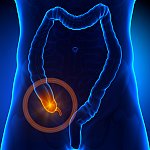 In Parkinson’s disease, many brain cells contain unusual clumps of the protein alpha-synuclein. These clumps are thought to be toxic to the cells and lead to their death. This protein has also been shown to accumulate in the gut of Parkinson’s patients. Researchers discovered that people who’d had their appendix removed had a lower chance of developing Parkinson’s disease. The study suggests that the toxic protein buildup that’s linked to Parkinson’s may begin in the appendix. 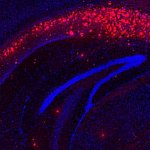 Vessels that allow waste products to drain out of the brain were only recently discovered. A new study found that these waste-clearing vessels don’t work as well in older mice, which leads to waste buildup. When the scientists enhanced vessel drainage in older mice, the animals’ cognitive abilities improved. In contrast, disrupting these vessels increased buildup of Alzheimer’s disease-related proteins. These results suggest a possible way to combat the cognitive decline seen in aging and age-related diseases. 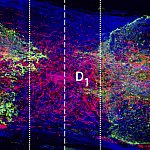 Spinal cord damage can lead to a loss of sensation and paralysis below the injury site. Scientists have long thought that the scar that forms after a spinal cord injury actively prevents the regrowth of damaged neurons, the cells that carry messages to and from the brain. Researchers were able to devise a three-pronged approach to stimulate the growth of neurons across scarred spinal tissue in rodents. The findings could help scientists develop treatments for spinal cord injury. 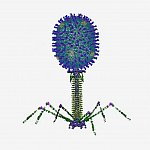 Certain microbes pose a risk to national security because a terrorist could release them to infect and sicken the public. Researchers developed a way to engineer a vaccine that protected animals from both anthrax and plague, two major bioterrorism agents. After more development and testing, the approach could be used to protect people from these and other diseases that pose a public health threat.