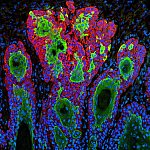 Using molecular and clinical information from more than 10,000 tumors, researchers finished a detailed genomic analysis of 33 types of cancer. This better understanding of how, where, and why cancer develops could inform the development of novel and more personalized treatment approaches. In another analysis, scientists found that primary and metastatic tumors within an individual likely rely on the same genetic mutations to grow and spread. While this finding needs to be confirmed, it suggests that precision treatments for metastatic cancers could be chosen based on a single tumor sample. 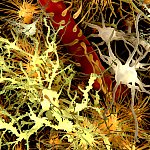 In brain diseases like Alzheimer’s and Parkinson’s, deposits of certain abnormal proteins accumulate in the brain. These are thought to damage healthy nerve cells, causing them to stop working and die. Previous studies suggest that senescent cells—old or damaged cells that have stopped dividing to produce new cells—may play a role in the protein accumulation. Scientists found that eliminating senescent cells reduced signs of brain disease in mice. The findings may be an important clue for developing treatments. 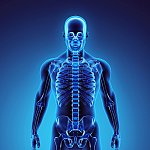 Stem cells have the potential to develop into some or many different cell types in the body. Researchers have long been looking for the specific stem cells for bone and cartilage. By labeling and carefully tracking cells, scientists identified a self-renewing human skeletal stem cell. The finding may one day lead to ways to restore bone, cartilage, and supportive tissues for organs. 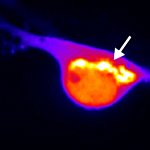 Opioids work by activating specific receptors on nerve cells. Scientists have always assumed that all opioids—whether produced by the body or taken as a drug—interact in the same way with these receptors. But a study found that opioid drugs and the brain’s natural opioids differ in how they activate receptors in nerve cells. This difference may help researchers develop better treatments that are less addictive than currently available opioid drugs. 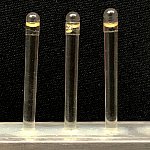 Many people with diabetes need insulin injections several times a day to control their blood sugar levels. Insulin can’t be swallowed because the stomach would destroy it. Researchers developed a way to package insulin into capsules that protect it from the stomach. In rats, the capsules lowered blood sugar safely and for an extended time. The approach could lead to development of an oral insulin option for people, which would ease the pain and difficulty of maintaining healthy blood sugar levels. 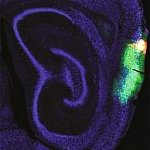 How the brain keeps track of time

When you remember an event, your brain records information about the time and place where it happened. Such memories can be lost with damage or disease to specific brain regions, as with Alzheimer’s disease. Researchers discovered a set of brain cells in a region called the medial entorhinal cortex that keeps track of time in mice. The study suggests that separate circuits in this brain region record information about time and place when forming memories. 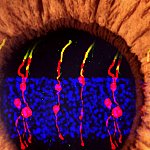 Damage to photoreceptors, the light-sensing cells at the back of the eye, can cause vision loss. These cells don’t regenerate on their own in mammals. Researchers were able to restore some vision in mice that were born blind by genetically reprogramming supportive cells in the retina, called Müller glia, into becoming photoreceptors. The findings could help advance the development of regenerative therapies for blinding eye diseases. 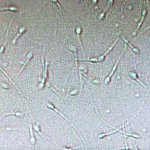 No safe, reversible, and reliable drug yet exists for a man to take in order to prevent pregnancy. One team is working on a compound that interferes with sperm movement, or motility. The compound successfully inhibited human sperm motility in the laboratory and lowered sperm motility when given to monkeys. With further testing and improvement, the compound could potentially be developed into a reversible male contraceptive.