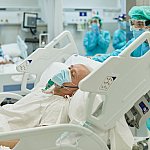 NIH researchers continued to make scientific breakthroughs to help control the COVID-19 pandemic. Studies of spread suggested strategies for controlling infections. Research also revealed who was most at risk of becoming severely ill from COVID-19: nearly two-thirds of COVID-19 hospitalizations in the U.S. were due to obesity, diabetes, hypertension, and heart failure. Wide-spread vaccine rollouts slowed the spread of SARS-CoV-2, the virus that causes COVID-19. The Moderna COVID-19 vaccine, developed with NIH, proved to be 94% effective against symptomatic COVID-19. Six months later, people who had been vaccinated still showed signs of immunity. COVID-19 vaccines saved an estimated 140,000 lives through May 2021, and hundreds of thousands more have been saved since. As SARS-CoV-2 mutated and new variants became common, scientists conducted studies on booster doses of vaccine. These suggested that COVID-19 boosters not only lengthen immunity but help broaden and strengthen the immune response to protect against a wide variety of variants. 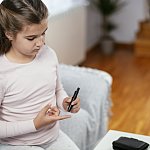 In type 1 diabetes, the immune system’s T cells attack the insulin-producing beta cells in the pancreas. Those affected need insulin treatment to survive. In a clinical trial of people at risk of developing type 1 diabetes (with a median age of 13), the drug teplizumab delayed disease onset and improved insulin production. The findings support the use of the drug for delaying or preventing type 1 diabetes. 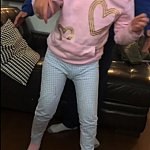 Advances in gene therapy are showing promise for people with life-threatening conditions. Using gene therapy, researchers were able to introduce a healthy copy of a disease-causing gene and restore immune system function in children with a rare genetic disorder called severe combined immunodeficiency, or SCID. In another study, researchers safely delivered gene therapy to the brain to treat a debilitating neurological disease for which there are no effective treatments. 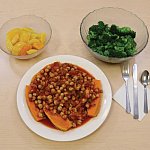 There has been a great deal of debate over what aspects of our diets affect weight control. A carefully controlled study found that people ate fewer calories per day and lost more weight on a plant-based, low-fat diet compared to an animal-based, low-carb diet. However, the low-fat diet led to higher insulin and blood sugar levels, which can be risk factors for heart disease. The findings reveal how restricting dietary carbohydrates or fats may impact health. 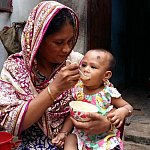 The effects of childhood malnutrition can cause lifelong health problems. Researchers found that a supplement designed to repair the gut microbiome—the bacteria, viruses, and fungi in the digestive system—helped malnourished children. Those given the supplement gained more weight than children on a standard nutritional supplement. The experimental supplement also raised levels of proteins in the blood associated with bone, cartilage, and brain health. 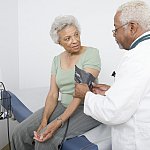 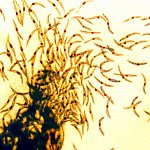 Malaria is caused by parasites transmitted by infected mosquitoes. Researchers developed a vaccine approach that uses live sporozoites, the infectious form of the malaria parasite, along with a drug that kills the parasite. In a small trial, the approach led to broad, long-lasting protection against malaria. The strategy is now being tested in real-world conditions in a Phase 2 clinical trial in Mali. 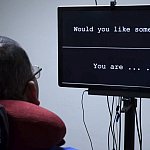 Technological advances are enabling people who have lost the ability to move or speak to communicate again. Scientists developed a device to decode brain activity into words in real time, allowing a person with paralysis to communicate in complete sentences. Another system quickly translates brain signals for imagined handwriting into text. These systems could make communication for people with severe paralysis more natural and efficient.