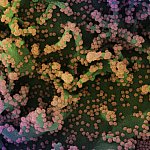 Amid the sustained pandemic, researchers continued to develop new drugs and vaccines for COVID-19. They found oral drugs that could inhibit virus replication in hamsters and shut down a key enzyme that the virus needs to replicate. Both drugs are currently in clinical trials. Another drug effectively treated both SARS-CoV-2 and RSV, another serious respiratory virus, in animals. Other researchers used an airway-on-a-chip to screen approved drugs for use against COVID-19. These studies identified oral drugs that could be administered outside of clinical settings. Such drugs could become powerful tools for fighting the ongoing pandemic. Also in development are an intranasal vaccine, which could help prevent virus transmission, and vaccines that can protect against a range of coronaviruses. 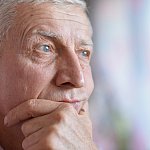 One of the hallmarks of Alzheimer’s is an abnormal buildup of amyloid-beta protein. A study in mice suggests that antibody therapies targeting amyloid-beta protein could be more effective after enhancing the brain’s waste drainage system. In another study, irisin, an exercise-induced hormone, was found to improve cognitive performance in mice. New approaches also found two approved drugs (described below) with promise for treating AD. These findings point to potential strategies for treating Alzheimer’s. Meanwhile, researchers found that people who slept six hours or less per night in their 50s and 60s were more likely to develop dementia later in life, suggesting that inadequate sleep duration could increase dementia risk. 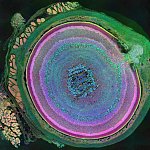 Developing new drugs can be costly, and the odds of success can be slim. So, some researchers have turned to repurposing drugs that are already approved for other conditions. Scientists found that two FDA-approved drugs were associated with lower rates of Alzheimer’s disease. One is used for high blood pressure and swelling. The other is FDA-approved to treat erectile dysfunction and pulmonary hypertension. Meanwhile, the antidepressant fluoxetine was associated with reduced risk of age-related macular degeneration. Clinical trials will be needed to confirm these drugs’ effects. 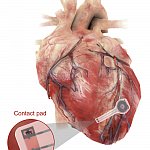 Pacemakers are a vital part of medical care for many people with heart rhythm disorders. Temporary pacemakers currently use wires connected to a power source outside the body. Researchers developed a temporary pacemaker that is powered wirelessly. It also breaks down harmlessly in the body after use. Studies showed that the device can generate enough power to pace a human heart without causing damage or inflammation. 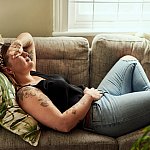 Inflammatory bowel disease develops when immune cells in the gut overreact to a perceived threat to the body. It’s thought that the microbiome plays a role in this process. Researchers found that a fungus called Debaryomyces hansenii impaired gut wound healing in mice and was also found in damaged gut tissue in people with Crohn’s disease, a type of inflammatory bowel disease. Blocking this microbe might encourage tissue repair in Crohn’s disease. 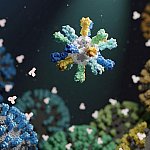 Influenza, or flu, kills an estimated 290,000-650,000 people each year worldwide. The flu virus changes, or mutates, quickly. A single vaccine that conferred protection against a wide variety of strains would provide a major boost to global health. Researchers developed a nanoparticle-based vaccine that protected against a broad range of flu virus strains in animals. The vaccine may prevent flu more effectively than current seasonal vaccines. Researchers are planning a Phase 1 clinical trial to test the vaccine in people. 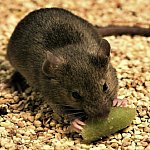 Lyme disease cases are becoming more frequent and widespread. Current treatment entails the use of broad-spectrum antibiotics. But these drugs can damage the patient’s gut microbiome and select for resistance in non-target bacteria. Researchers found that a neglected antibiotic called hygromycin A selectively kills the bacteria that cause Lyme disease. The antibiotic was able to treat Lyme disease in mice without disrupting the microbiome and could make an attractive therapeutic candidate. 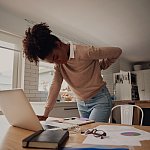 More than 25 million people in the U.S. live with chronic pain. After a treatment called pain reprocessing therapy, two-thirds of people with mild or moderate chronic back pain for which no physical cause could be found were mostly or completely pain-free. The findings suggest that people can learn to reduce the brain activity causing some types of chronic pain that occur in the absence of injury or persist after healing.

SARS-CoV-2 infection of the inner ear

Autoimmune response found in many with COVID-19