Scanning electronmicrograph of gold nanoparticles created by the National Cancer Institute and the National Institute of Standards and Technology.NIST

Colonoscopy, an examination of the lining of the colon and the rectum using a fiber optic camera, is the most widely used screening test for colorectal cancer. Colonoscopies allow doctors to detect small growths or polyps that have formed in colorectal tissue and remove them before they turn cancerous. The accuracy of colonoscopy depends on several factors, including the speed with which the examination is performed and how thoroughly doctors search for flat or depressed lesions.

Researchers are looking for ways to improve the accuracy of colonoscopy and to detect colorectal cancer even earlier than is currently possible. Abnormalities detected at the earliest stages would be much less likely to have spread by the time they are found. Nanotechnology, the branch of engineering that deals with the manipulation of individual atoms and molecules, has the potential to help identify cancerous or precancerous cells well before a visible growth has formed and to deliver cancer-killing drugs directly to the cancerous cells.

In one application of this approach, the Center of Cancer Nanotechnology Excellence at Stanford University, part of the National Cancer Institute’s (NCI) Alliance for Nanotechnology in Cancer, has developed a system in which gold nanoparticles are used to seek out and bind to cancer cells. When light shined from a device that is inserted into a standard endoscope (for example, a colonoscope) reaches cancer cells that have bound the gold nanoparticles, they stand out from the normal cells and can be removed. Researchers hope to begin a clinical trial to test the safety of this approach in humans by early next year.

Another promising approach that can be applied to colorectal cancer is being developed by researchers at the University of Buffalo (also part of the NCI Alliance for Nanotechnology in Cancer) and scientists at the Roswell Park Cancer Institute. This approach uses a silica-based nanoshell that encases molecules of light-sensitive drugs known as photosensitizers. The nanoshells are readily taken up by tumor cells grown in the laboratory, and, when the cells are exposed to light, the photosensitizers are activated and trigger the production of reactive oxygen molecules that kill the cancer cells. This technology is currently being tested for safety in clinical trials. The researchers are also developing a second-generation photosensitizer-loaded nanoshell that incorporates tumor-targeting and imaging agents to deliver tumor-specific, image-guided therapy for cancer.

For more information about NCI’s Alliance for Nanotechnology in Cancer, visit http://nano.cancer.gov 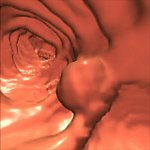 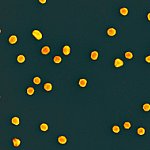