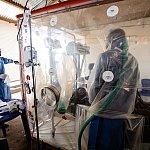 Researchers have been working to develop treatments for the Ebola virus, which kills about half of those who contract the disease. In a trial conducted during an Ebola outbreak in the Democratic Republic of Congo, two experimental drugs reduced the risk of death from the virus. The study also found that people who sought medical help soon after their symptoms developed were less likely to die than those who waited. 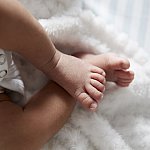 Children born with a rare genetic disorder called X-linked severe combined immunodeficiency (X-SCID) lack a functioning immune system. As a result, they cannot fight infections and usually die within the first few years of life. Eight infants with X-SCID had their immune systems repaired by a new gene therapy approach. The infants are now developing normally and producing the immune cells needed to fight off disease. 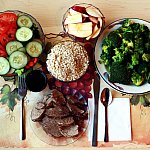 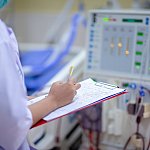 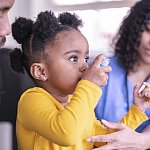 Asthma disproportionately affects African American children in the U.S. However, they have been underrepresented in past asthma research. A study found that about half of African American children with poorly controlled asthma benefited more from higher-dose steroids than adding a bronchodilator to treatment. The results contrast with those seen in white children in previous studies, highlighting the importance of enrolling populations of diverse ages and races in clinical trials. 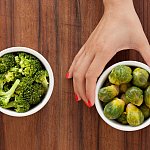 Most Americans don’t eat the recommended number of vegetables. Public health campaigns have urged people to eat more vegetables by emphasizing their health benefits. A study in college dining halls found that labels promoting tastiness increased vegetable selection by 29% and consumption by 39% compared with labels touting health benefits. The study suggests that emphasizing the enjoyable aspects of healthy foods may do more to boost consumption than promoting nutritional qualities. 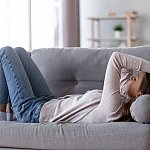 There are currently no diagnostic tests for myalgic encephalomyelitis/chronic fatigue syndrome (ME/CF), a complex, debilitating disease marked by profound exhaustion. In a pilot study, researchers developed a blood test that accurately identified people with ME/CF. If validated in larger studies, the test could one day help diagnose the disease and enable researchers to test potential treatments. 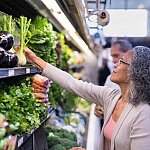 Researchers have developed all-in-one diabetes management systems. These “artificial pancreas” systems continuously track blood glucose levels, calculate when insulin is needed, and automatically deliver it using an insulin pump. A study of an artificial pancreas system found that it improved blood glucose control throughout the day and overnight for people with type 1 diabetes. The technology may help reduce the daily burden of managing diabetes.