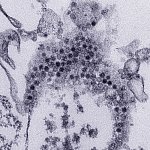 Since 2014, hundreds of children in the U.S. have been afflicted with a condition called acute flaccid myelitis (AFM), which can cause paralysis. Researchers have not yet found the cause of AFM. This makes it difficult to develop prevention and treatment strategies. In a new study, evidence of infection with an enterovirus was found in about 80% of people with AFM. More work is needed to understand whether enterovirus infection contributes to AFM. 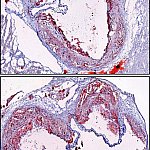 How disrupted sleep may lead to heart disease

Studies have linked poor sleep to an increased risk of heart disease and other health conditions. But the molecular mechanisms underlying the link between sleep and heart disease has been unclear. Researchers found that sleep disruption activates a molecule that triggers inflammation and leads to fatty buildup in mouse arteries. The findings underscore the importance of getting enough quality sleep to maintain heart health. It also suggests new targets for fighting heart disease. 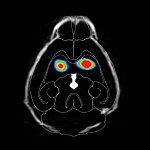 Tracking the spread of Parkinson’s proteins from gut to brain 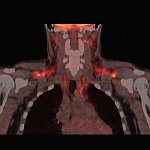 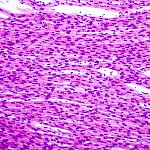 Blocking a pathway to heart failure 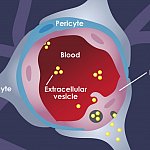 The blood-brain barrier helps protect the brain from threats like infection. But cancer cells can sometimes get past it and establish metastatic tumors in the brain. Researchers discovered how small particles from cancer cells called extracellular vesicles cross the blood-brain barrier to make the brain more hospitable to metastatic tumors. Understanding this process could guide strategies to stop brain metastases as well as methods to deliver drugs to the brain. 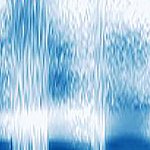 Technology has helped people who can’t speak to communicate through devices that translate head or eye movements into speech. But these systems are slow and laborious to use. Scientists used brain signals recorded from patients with epilepsy to program a computer to mimic natural speech. Listeners could accurately identify more than half of the synthesized words. This advance could one day help certain patients without the ability to speak to communicate more easily. 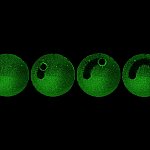 A biofilm is a layer of microbes that can grow on many kinds of surfaces, including inside the body. Infections that involve biofilms are challenging to treat, because the microbes in a biofilm live together in a protective, sticky matrix. Researchers developed magnetic nanoparticle robots that can destroy and remove biofilms from surfaces. After further development, this technology could provide a new method of biofilm removal for teeth, medical implants, and medical devices.